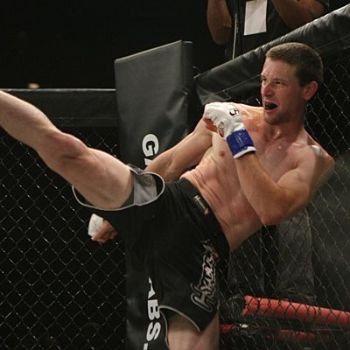 Judah’s began formal Muay Thai training in the fall of 1997 and in February 2000 he began to compete in Muay Thai at the amateur level, which he continued for the next 9 years. In 2002 Judah became a Muay Thai instructor and also began training in grappling and mixed martial arts. During that time he was the Muay Thai coach for the MMA team at Philadelphia Fight Factory and was privileged to have been a teammate and sparring partner of future MMA luminaries Eddie Alvarez and Zach Makovsky during the first 5 years of their careers.

Judah won his pro MMA debut April 2008 by second round TKO and made his pro Muay Thai debut January 2009. Judah has fought both nationally and internationally in Muay Thai, most recently fighting the 2010 Pradal Serey (Kun Khmer) national champion in Phnom Penh, Cambodia.

While Judah no longer competes in Muay Thai or MMA he has continued competing in No Gi grappling winning the first Finishers Open at 145lbs in 2018 and placing 3rd at lightweight as a brown belt at IBJJF No Gi World Chamionship in October 2021. In January of 2022 he received his black belt in Brazilian Jiu-Jitsu from Phil and Ricardo Migliarese.